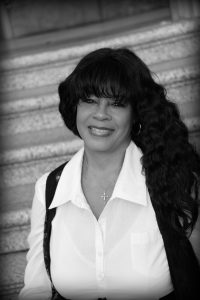 Ms. Melendez (commonly known as “Tonie”) was born in Baltimore, Maryland. She currently lives in Patterson, California, the apricot capital of the world. Growing up, she was the nerdy one—always had her head in a book and continues to do so. She especially enjoyed reading the Nancy Drew and Hardy Boys series. She would spend countless hours thumbing through them in the library trying to decide the best one to read. Believe it or not, she has read both series in their entirety. On school nights, she recalls her mom saying, “Lights out! You have school tomorrow.” She replied, “Ok, Mom,” but a few minutes later when the coast was clear, the lights would pop back on. She would reach under her bed and pull out a book, probably Nancy Drew or The Hardy Boys, of course—her indulgences of choice. “Just a few more lines before falling asleep,” she would say. Then she would turn the lights out. Her mom never knew.

There were a couple of books that she dreaded the thought of reading. The first was Old Yeller and the second was Pride and Prejudice. But one day in the 8th grade, a double whammy occurred. An English teacher had assigned not just one, but both books for reading assignments that included essays. She did the unthinkable and read them both, all the way through. And can you believe it? She enjoyed reading both books. By the way, she received an “A” on both essays.

Most of her childhood was spent traveling. She lived in Portugal for three years and did extensive traveling back and forth to parts of Spain. Get this—at the age of 13 she spoke four languages: English, Spanish, Portuguese, and French. She’s a bilingual reader of Spanish and English.

Currently, Ms. Melendez works for the Veterans Administration as a nurse. She has been working with veterans for the past 30 years. Her nursing career began at the Palo Alto VA in March of 1985 where she assisted with the opening of the TBI/CRC unit in 1987. In 1998, she transferred to the Livermore VA, where she assisted with the opening of the Modesto VA Clinic. In 2003, she transferred to the Las Vegas VA, where she worked with veterans until 2010. Then she moved back to California where she continues to work with veterans at the Livermore VA. She has received numerous nursing awards for her dedicated service to veterans.

In her spare time, she continues to study Art History. She enjoys cooking, gardening, and traveling too, as well as going to a good movie with a friend and sharing a bag of hot buttered popcorn. A favorite was The Hobbit film series. Still a kid at heart, she also enjoys the old classic cartoons like Bugs Bunny, Daffy Duck, The Flintstones, and Tom & Jerry.

Ms. Melendez has a son named Francisco who resides in Las Vegas. He’s the joy of her life. She smiles when thinking about all the times they spent together reading books when he was a child. Her son loved to hear her narrate books. She would change her voice to try and fit that of a particular character in the story. And she still has all of those books tucked away for safekeeping. Maybe someday her son will want to read them to his children. Maybe her zest for reading will pass on to them. Who knows? Maybe they’ll even have an urge to read Nancy Drew and The Hardy Boys—maybe even Old Yeller and Pride and Prejudice.

She loves all animals and is a member of The Humane Society and The American Society for the Prevention of Cruelty to Animals. She’s also a member of The Independent Book Publishers Association and The Society of Children’s Book Writers and Illustrators.

The inspiration for her children’s book Too Much MacTiggle, the first in a series, came from her little black Scottish terrier Rhoj, aka Doodles. The nosiest dog ever! Just imagine living with Scooby Doo and Inspector Clouseau all rolled up into one little fur ball. If you have read her book, you will now know why she named the cookies loved by the main characters, including Too Much MacTiggle, “Crunchy Peanut Butter Snickerdoodle Cookies.” 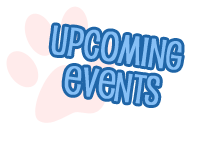 Some recent events to check out!

Check back soon for more information about my upcoming book signings, readings, and other fun MacTiggle events near you!

Click on the icons below to purchase my book!